My adventures around the world

Waking up and starting our first day in Budapest with a hotel breakfast felt like such a treat, especially after weeks of hostels and breakfast being a banana. After filling ourselves up with a range of food we set off in our usual fashion to get a lay of the land through a free walking tour. The company was called ‘Trip to Budapest Free Tour’ and covered pretty much everything from;

The views from the castle district made it well worth the climb up if you’re doing this tour it certainly involves a level of physical fitness. We continued on to cover; 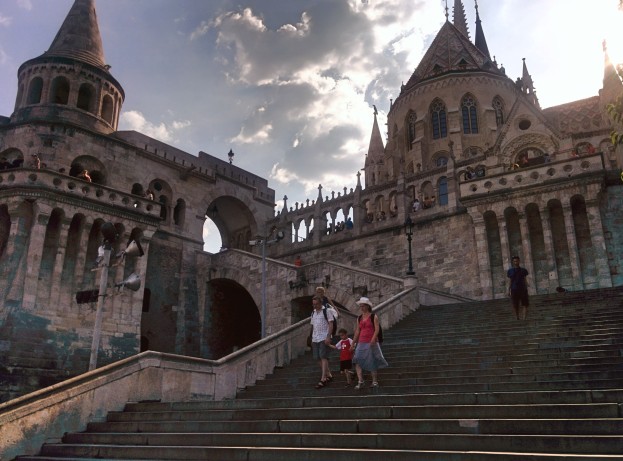 The fisherman’s bastion was amazing and looks like it could be part of Hogwarts castle! Like I am convinced the architects on the film must have taken some inspiration from this place.

Budapest, in general, is just stunning and this was by far the most fun and involved tour we have been on. Our guide played a game to guess what objects we’re invented in Hungary and gave us all individual suggestions of actives to do whilst here. I couldn’t recommend this tour more but don’t forget to tip it’s how the tour guides make a living.

Our guide had recommended a local place to grab some lunch that I wish I could remember the name of. They sold traditional Langos which is a Hungarian fried bread with different toppings kind of like deep-fried pizza, it is really as delicious as it sounds.

Whilst eating we planned out the rest of our day, we had seen lots of signs advertising Dracula’s cave, the labyrinth of tunnels under Buda castle where Vlad Tepes’s the inspiration for Dracula was imprisoned, after a morning of history we fancied something a little more silly.

We arrived at what we thought was the entrance to the underground caves but in fact, turned out to be the entrance to the hospital in the rock. The Hospital in the rock is an underground museum build into the caves, the site was used as a hospital in world war 2. Since we found ourselves here and a tour starting in twenty minutes we decided to go for it. I’m so glad we did because this is a really fascinating place and well worth the visit. The tour began with a brief history via film we then had an escorted tour around the vast and deep caves. Over our travels, we had been overwhelmed with information about world war 2 and the impact it had on so many lives and families but this felt incredibly different, as it was the British forces that bombed Budapest. It’s a hard thing to view your own country as the ‘bad guys’ and read about people cowering in fear from your own people and all the injured and dead that suffered. This is partly why I found this experience so important, I think we sometimes forget when we read it in our own history books and world war two and all the bombings, that to some people we were the bad guys and in a war innocent people get hurt on both sides. I think that’s something worth remembering. Anyway, the rest of the museum was from the Russian occupation and they had used it as a secret nuclear bunker to conduct their top-secret experiments and remained a secret until 2002. This whole place is just a fascinating piece of history and I would highly recommend going.

Not yet having had our fair share of caves we eventually managed to find the correct entrance to Dracula’s caves and was just the light-hearted bit of fun we needed. While this is mostly just a long labyrinth of amusing things intended to ‘scare you’ if you do in fact have a fear of the dark parts of this place would be truly terrifying. It’s strange the pools of mist that are naturally created from the heat and the damp down there really do give it that eerie nightmare feel.

There’s one section that is in total and utter darkness with only a damp rope to guide you through. This actually got us a little spooked as we all walked through in a line half holding on to each other half holding the rope. We expected it to be only a couple of minutes but it just seemed to continue on and on.

Lucy was not a fan of this at all and was very keen for us to get out as soon as possible at which point Harrie who was leading the way started to freak out. She had seen a shadow of someone move in front of us and heard a strange noise before it disappeared. This was all it took for us all to start losing it and freaking out and scrambling around until we finally found a phone light to reveal a group of guys hiding in front of us, who had heard us and decided to intentionally try and freak us out. Thanks so much whoever you are for almost giving us a heart attack.

We finally reached the light that ultimately leads to a tomb of Dracula it’s a little cliche but a good bit of light-hearted fun if you are looking to get out of the heat and have a different experience. 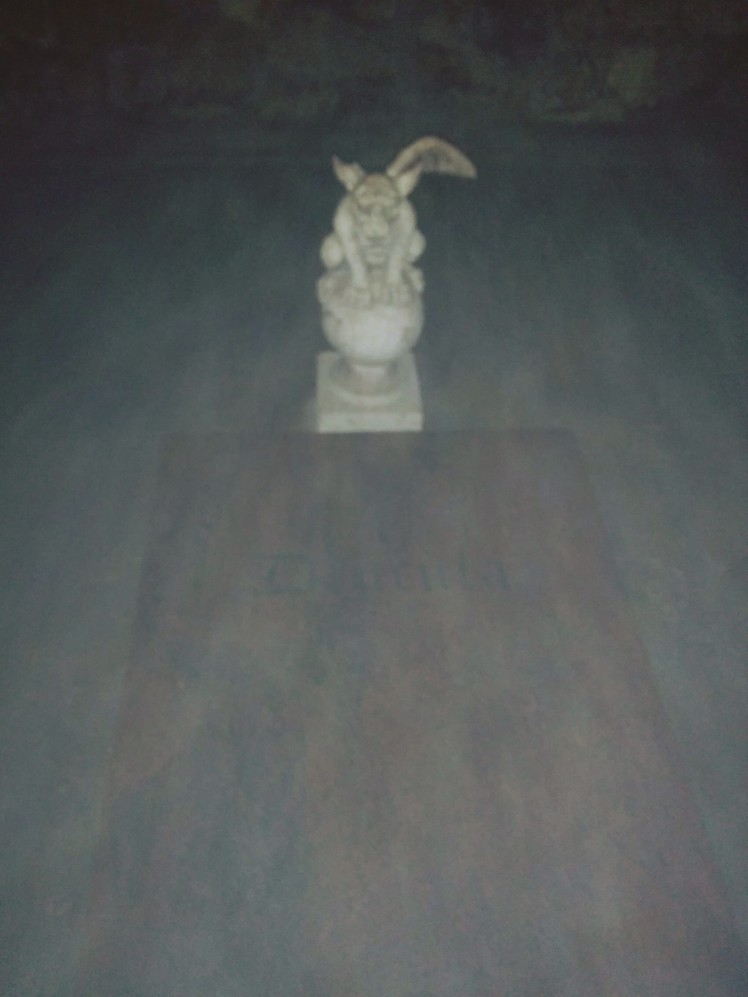 I wouldn’t recommend doing both caves in the same day as by the end we were a little stir crazy and really wanted to see the sunlight.

So we decided to go on a long walk around Margaret Island. Margaret Island is a beautiful paradise situated between Buda and pest and you can walk around or hire a bike and ride through the parks. There is so much to do on this small island from a mini zoo, Japanese gardens, running track, open-air theatre, ruins of a convent, thermal spar and swimming pool. It was the perfect cure for spending so long underground and it only took 2 hours or so to walk around it all. We spent quite a while in the mini zoo and watched the sunset over the Japanese gardens. I think we might have been slightly ambitious with the amount we had fit in today, believe me, my feet were feeling it and shoes were falling apart but you could easily make a day out of this place. I could easily spend a full day here and not be bored maybe bring a picnic and sit in the parks go see a performance.

We had just enough time to get dinner and get back to the Island before the evening fountain show, so we went to the first restaurant we could find a cheap Italian across the bridge. It was actually a fantastic meal, we had a two-course meal and drink that in total came to about 4 pounds, compared to the prices of Vienna this was heaven.

Not too sure what to expect from the fountain we arrived just before it got too crowded and managed to get a seat right at the edge with our feet in the water. I would recommend doing this as we found out the show is actually an hour-long and while you can easily come and go it’s worth seeing the full thing. The show was amazing considering it was free and just fountains in different arrangements to music but it was for all ages and all genres of music. It was very emotional as Harrie ended upwelling up next to me and declaring it was now to be called the emotional magic fountain. I’ve seen a few of these fountain shows in various counties, this was another level it’s very impressive what you can do with water and lights if you don’t mind getting a little bit wet.

On our way back to the hotel we stopped at the bridge and saw the truly breathtaking sight of Budapest lit up at night.

Watching the bats circling the parliament building was mesmerising and the icing on the cake of our incredible first day. I think this has been my favourite day of this trip so far and I’m beyond in love with Budapest!